Vessel positions may be up to one hour old or incomplete. Data is provided for informational reasons only and is not related by any means to the safety of navigation. All rights reserved. No part of MarineTraffic may be copied, reproduced or retransmitted in any material and form or by any other means, without the prior written permission of the Scientific Head of MarineTraffic project.

Developed in conjunction with Ext-Joom.com

They used to serve outer space


Cosmonautics Day is a special day for these courageous and concise people. They neither entered into the cosmonaut corps nor sent spaceships into Baykonur’s sky, however they were privy to the national space glory and fame. Thus on a spring day of April the 12-th these men come together, greet each by shaking hands and recall their memories. The traditional meeting of space craft’s veterans took place at the famous club of Odessits.

Not a large number of our contemporaries seem to be well-aware of marine cosmonaut corps - space glory of our huge former common country. And so the recollections of research vessel playing an important part in Soviet cosmonautics have been gradually vanishing. But a quarter of a century ago, the whole crew of expeditionary research vessels provided rocket testing, participated in manning of the flights by manned space-crafts and orbital stations, controlled the launches of distant space vehicles to planets of the Solar System. There are plenty of our fellow citizens among the participants of those expeditions.

The Space Marine Fleet was born in 1963. A bit later the first specialized vessels appeared, they were being built in Leningrad and Nikolaev. And in 1969 the Space Research Service branch of Marine Expeditionary Works of the Soviet Academy of Sciences was created. And this was the time for the expedition participants to experience a start of the most exciting period in their lives and the most important step of space scale. 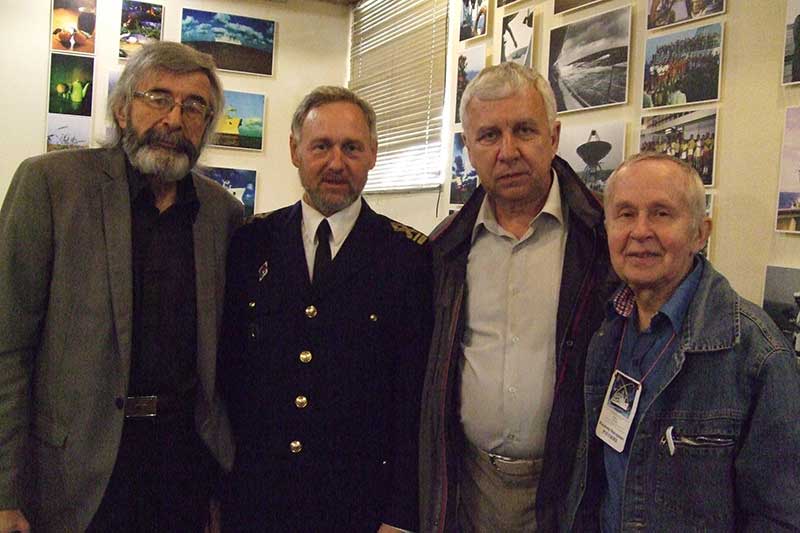 –I came to the space research service unexpectedly as by my shore-profession I am an engineer of electronic engineering. I was in service of equipment that docked the information received by telemetry with computers. I was fascinated by the opportunity to deal particularly with scientific work and travel by seas and oceans at the same time. In 1973, after all examinations, I joined the board of “Kosmonaut Yuri Gagarin”. I was 31 years old. Our first voyage lasted for eleven months, though it seemed that it took just one day. We were crossing the Equator, celebrating the Day of Neptune, rejoicing at our progress. That was the unforgettable period of my life.

You bet! The unique research vessels became operational in Space Fleet. They embodied the latest achievements of science and technology, provided flights and 24-hour communication with different spacecrafts, manned spacecraft and orbital stations. 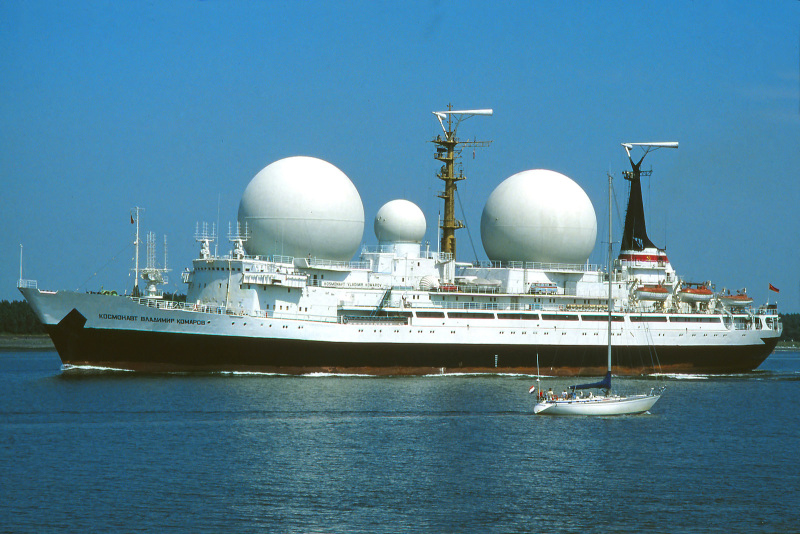 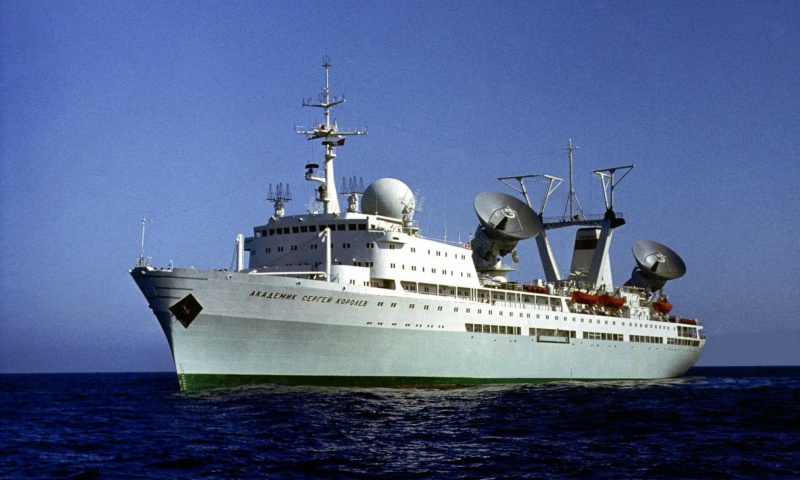 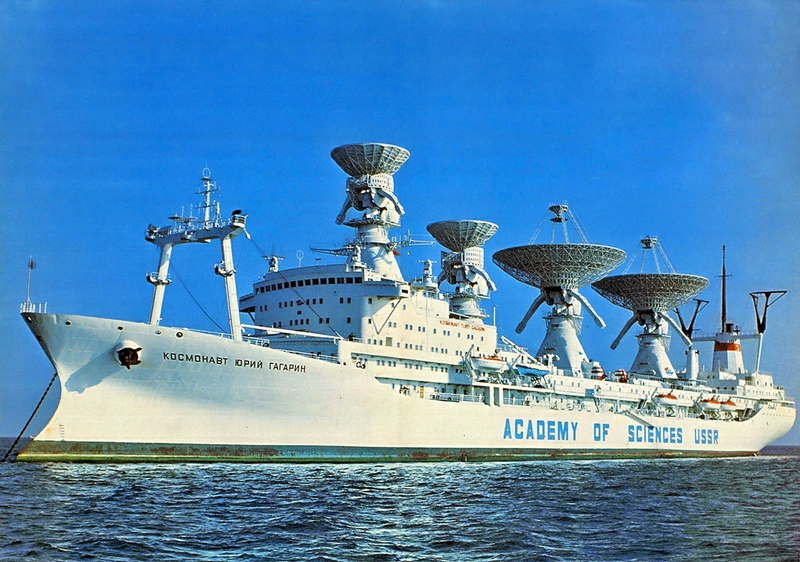 The flagship of Space Fleet the “Kosmonaut Yuriy Gagrin” was compared in size with the “Titanic”, but with a winter swimming pool, a huge cinema-theater. Four parabolic antennas towered above the deck. Inside the vessel there were 120 first-class laboratories with unique machinery and equipment.

The "Academik Sergei Korolev" and the "Kosmonaut Vladimir Komarov" were worthy of the “Kosmonaut Yuriy Gagrin”. These three hugest vessels were attributed to the Black Sea Shipping Company in Odessa. The whole Maritime Space Fleet consisted of 11 specialized vessels. This exhibition is dedicated to Space Odyssey unveiled in the World-Wide Club of Odessits. The main part of the photographs was presented by the photo-artist Gennady Matsenko. 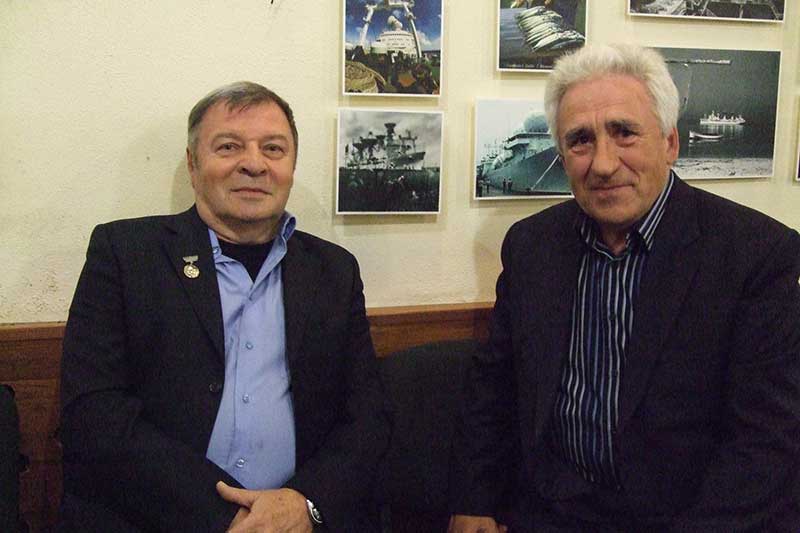 – I arrived at the Baltic Shipyard in 1970, when the vessel was under construction. Firstly I was taken on as the 2nd Officer. In a year and a half I became the Chief Officer and in 1975 I was appointed the Captain. Voyages lasted for eleven months with the dislocation in international waters of the North Atlantic near the Canadian Sable Island. The area was not chosen by chance: the docking of spacecraft always took place over the Atlantic. This is the most convenient location, which shows the maximum number of turns of the spacecraft around the Earth. And our vessel was a mini-control center. We conducted connection and communication between the spacecraft and the Control Center. The connection and communication as well as the information exchange were instantly via satellites lightning located on a very high orbit. We executed seven turns per day and the success of docking often depended on our scientific and technical crew.

However this area of the Atlantic is ill-famed. Two currents clash there - the cold one of Labrador and the warm one of Gulf Stream. And Sable Island has its own peculiarity. It changes its position and is known for its quicksand and terrible weather all year round: there are either fogs or storms there. Sable has been sinking vessels into its dunes for centuries, for this it was nicknamed the "The Devourer of Ships" and the "The Graveyard of the North Atlantic." This was the exact sailing location of our "the komarovtsy", "the korolevtsy" and "the gagariners",where they were replacing each other and keeping watch on the "invisible" turns.

The brave space explorers were to see many things during their voyages. The strongest hurricane in 1978, 400 miles off the USA coast will be kept in their memories forever. The captain was informed of the impending disaster. There were 427 people on board. SOS-signals from two nearby sinking vessels were heard on the air. However "the gagariners" couldn’t escape to some safe place in time as precision and accuracy of docking as well as the prestige of the Motherland depended on them.

V.Bezpalov: – The hurricane was so strong that it was impossible to turn antennas to the horizon. We stayed in the midst of a hurricane having done prior calculations that we had two or three minutes to pass the correction for the docking. The docking has taken place. And then it started! Since I was 17 years old I’ve never seen such a horror! The wind was forty meters per second, the height of the wave was 10-11 meters. Whip antenna pulled out at all. The aim was - to save the ship and to sail away. All Navigation and Deck Officers were on the bridge at that moment. We had to make a turn, but then there was a risk that the vessel might list heavily and might capsize. I had to calculate the motion of wave. When the vessel experienced the list of seventeen degrees, all boats started to fall into the water. By a miracle we managed to turn around and then with the wind and the wave we escaped from the area of the hurricane. When I finally went downstairs I saw a terrible picture: the pale people, overturned chairs, disconnected TVsets. This picture is still in front of my eyes. This incident was reported in the magazine "Ogonyok".

The vessels used to sail close to Bermuda Triangle. And they couldn’t do without the incident there.

V.Bezpalov:
– Seafarers are superstitious people. But still this story is inexplicable indeed. Once upon a time, in Bermuda, all our equipment incomprehensibly broke down, all electronic devices got blackout. We were without any means of communication for seven hours. It was a very unpleasant feeling, tragedies that had happened there suddenly occurred to us. By the way, once we had to call at the port of the Bermuda Islands. We were in the southern latitudes and sailed to the north. And then, our second engineer, Gennady Matsenko, had a strong attack of appendicitis. He was operated on straight on board, although still unsuccessfully as the peritonitis began. I asked permission and we called at Bermuda, where the second engineer was operated on at a local hospital. Two weeks later, Gena was moved to Halifax where we took him back.

Victor Sergeev has an extremely interesting “space” biography. He has made 13 voyages as the Chief Engineer and worked on board of the" Korolev" as a head of the expedition . As for the " Gagarin", there he worked at the command measuring point. – Once I counted that our ships called at 36 ports of twenty countries. Our specialists had an important responsibility, and there was no blunder during our work on board.. We were proud to serve science and space. I remember, in 1984, the program "Goluboi Ogonyok" was shot on board of “the Gagarin” in the memory of the first cosmonaut in the world. Two-thirds of the first group of cosmonauts were on board: Titov, Nikolaev, Bykovsky, Popovich, Shonin ... The programme was being shot for two days. That was the unforgettable Time.

Victor Sergeev witnessed the tragic events and the dismal end of space missions. The end came in the early 90's with the collapse of the Soviet Union. Space programs were closed, sea Space Fleet broke up. In 1991, the flagship of the Space Fleet, the scientific pride of BLASCO, was sold for scrap at a price of 170 dollars per ton. The "Kosmonaut Yuri Gagarin" which had conducted 20 expedition voyages sailed his last journey to India for saw cutting. That was certainly a real shame. That’s why the name of the vessel was painted off and only the letters "AGAR" were left. The saddest picture of the exhibition is the evidence of this. 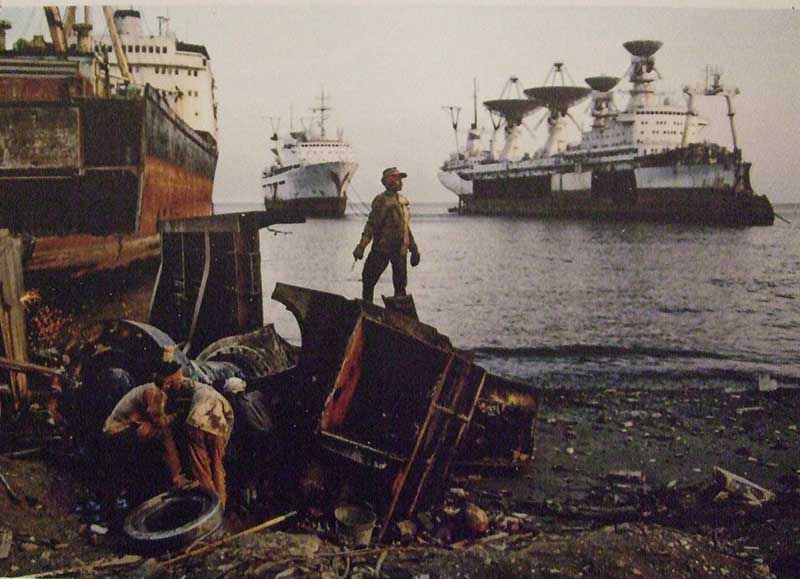 Awful final. As well as the end of the whole national fleet. Will it recover? ... Ships do not exist any more. The shipyards do not exist either. The professionals are few. The shipyards are sold out. But our shipbuilders who constructed for the Swedes and the Norwegians were considered the best. There is a museum in the US city of Baltimore, where old vessels, sailing ships and submarines have found the final resting place. Why can't we have opened a kind of museum in our city to show our descendants such unique vessel as the “Kosmonavt Yuriy Gagarin”? Odessa is a port city, the sea gate of the country. Well, it's a thing of the past. Now the veterans of the Space Fleet are dreaming of a little.

V.Bezpalov: It does not take much effort to build a monument in the memory of the lost ships as it was done in Amsterdam. In the Netherlands, there is a huge old anchor which serves this goal. It would be possible to set a similar symbol near the Odessa Maritime Museum by putting a plate as to make a sort of sign that Odessa remembers the perished seamen those who did not return back home. A few years ago we applied to the Mayor of the city with this request. He agreed to assist and delegated this task to City Architectural authorities. But the cart is still upon the selfsame spot. Nothing’s changed. The formal official reply was received, but nothing has ever been done. 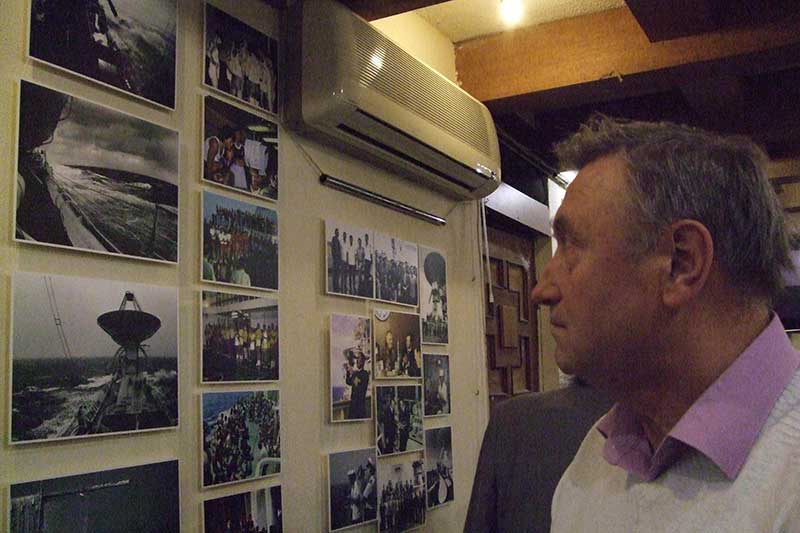 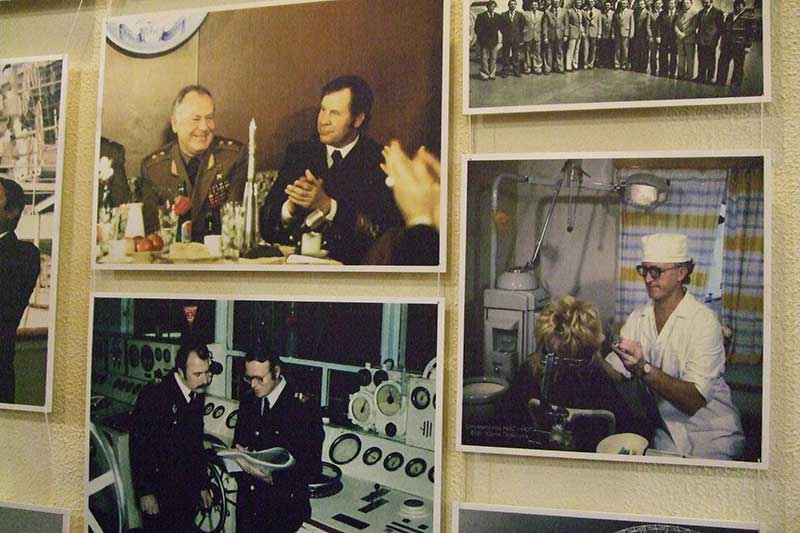